“I know of no safe depository of the ultimate powers of the society, but the people themselves: and…to inform their discretion by education. This is the true corrective of abuses of constitutional power.” 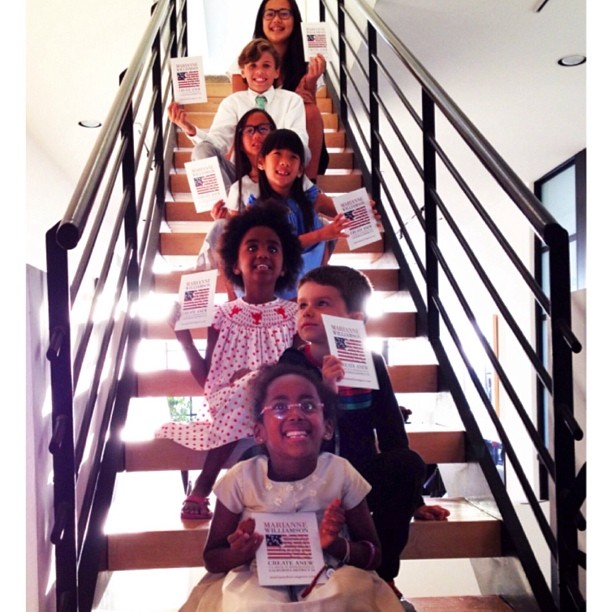 In a system where short term economic values have run roughshod over the humanitarian concerns of our citizens – particularly our youth – education lacks the societal and governmental support crucial to a thriving democracy. For education is more than a pathway to a better life; good universal education is crucial to citizen empowerment and a sense of civic engagement and social responsibility. Under-education is a form of lock-out, as an uneducated child is more likely to land in prison than in the halls of power.

Public education from grade school to college was once purposed for educating our youth to be critical and engaged citizens.  No longer.  In the apt words of Professor Henry Giroux, “Critical thought and the radical imagination have become a liability under casino capitalism and for a growing number of institutions, the enemy of public and higher education, because they hold the potential to be at odds with the reproduction of a criminogenic culture in which greed, unchecked power, political illiteracy and unbridled self-interest work to benefit the wealthy and corporate elite.”  “School reform has” he says, “become a euphemism for turning public schools over to private investors who are more concerned about making money than they are about educating young people.”

As more and more wealth is commandeered by the top 1% of our population, and more and more educational opportunities are diverted to the top 1% of our population, the accumulated result is oligarchy — a system where wealth and power rest in the hands of an elite few whose prime objective is the accumulation of yet more wealth and power, and by whatever means possible.

The high cost of education is putting college out of the reach for many students unless their parents are wealthy. The average graduate leaves school nearly $30,000 in debt. Student loans now total over a trillion dollars, creating a drag on our economy as young graduates have to spend their money repaying loans instead of buying goods and even homes that would stimulate the economy. We are raising a generation of indentured servants, who will spend decades - if not a life time – paying off the banks.

If elected, I will work vigorously for the following:

• Provide universal pre-school for all children.  This issue carries more weight than it appears, for a child who has not gone to pre-school (usually due to parents’ inability to afford it) enters kindergarten already academically behind on the first day of school. Tragically, we have only two years to help them catch up; if the child hasn’t learned to read by the 2nd grade, he or she is statistically on a 50% probable track to incarceration sometime in his or her life. Even more horrifying is what happens if we haven’t fixed the problem by the 4th grade. The number of students who cannot read by the 4th grade is a general indicator of how many prison beds will be needed for that age group. Pre-school for all children can help close the achievement gap before it widens, and gives each student a better chance to succeed.

• Reduce child poverty. More than 1 out of every 5 children in America is growing up in poverty. This is a moral issue, and also an educational issue: it’s hard to learn if you’re hungry.  Any economic policy that rewards the few at the expense of the many is literally a theft from the mouths of hungry children.

• Offer free college tuition for every qualified student.  My goal is to make it easier for students to attend college. I am open to how this might be achieved. One possibility is the creation of a federal program where the government would pay tuition, and in return college graduates would pay a flat 3% of their income for two decades after graduation to fund the education of future students. Oregon recently passed a bill to do this at a state level, and similar programs are already working in Australia and the United Kingdom. Another option is free college tuition in exchange for one year of public service. Also, students should be given the same interest rate given to banks when they borrow, which would help them get out of the debt trap and pay off loans more quickly.

• Create the most advanced matrix of technical schools anywhere in the world.  Going to a liberal arts college is not the only option for higher education; we should create more opportunities for people who want to work in the trades or technical areas.

• Provide low-cost education for those in middle and older age. In the current economy, large numbers of older workers lack needed skills in working with computers and electronics. Other workers who have lost their jobs need to learn skills for new occupations.  We also have an enormous need for expanded English-language instruction and other adult basic skills instruction for immigrants and for the many people who never finished high school. The large network of community colleges can help uplift low-income people, both younger and older, with education and training to enable them to get jobs.